How much Egypt depends on the Nile river is best seen traveling through the country. Landscapes covered with sand, without a single tree for kilometres until you approach the river valley. The Nile valley is so green and full of life, interesting scenery appear all the time. No wonder the Egyptian civilization originated right here.

One of the many cities along the river is Luxor. Luxor was my most interesting stop on this trip. Maybe because I’ve already spent some time in Egypt affected the overall impression, I have realised how everything works and felt much more relaxed wandering around. Regardless, Luxor is the real gem of the ancient world.

The valley of the Kings was used by the pharaohs as a burial place. Walking around the burial chambers, you’ll surely forget the age of the place. Even though it’s 4000 years old, the interiors of the tombs are so well preserved that the colour on the walls is still there. I’ve seen houses from this century that look more ancient than these tombs. The ceilings of the burial chambers were decorated mostly with the stars, representing sky. Although I was stunned by the hieroglyphs and the colours on the walls, somehow those ceilings caused the most joy in me. Simple things I guess.

On the other side of the mountain (far away from the men) in the valley overlooking Nile is Hatshepsut’s tomb. Hatshepsut, the female pharaoh who reigned the longest and used to portray herself in statues and paintings with a male body and false beard. Under her leadership Egypt prospered, enriched itself with numerous buildings and monuments, witnesses of an extremely advanced construction and architecture. Despite her greatness, or perhaps because of it, after her death her successors tried to erase her memory by scarring or erasing her images and names.

There are two temples on the east side of the Nile (and I don’t know which one I prefer) connected by a sphinx guarded road. The Karnak temple complex construction lasted 2000 years and every ruler of Egypt left its mark on it. This temple blowed my mind with 134 gigantic pillars and unique history that doesn’t exist anywhere else in the world. If you ever visit Karnak, find the giant scarab statue. Circle around it seven times, counter-clockwise and make a wish. I did it, now I have the ancient Egyptian gods on my side.

The other temple in the city is the Luxor temple, with some gigantic statues of Ramses II. He really loved himself, he’s known for extensive building programs and for the many colossal statues of him found all over Egypt. The temple was discovered after a mosque and a church were built above it, now it’s a very interesting symbiosis of religions and its architecture.

I hope you like this little photo diary I put together to share my time adventuring through Luxor. Let me know if you have visited Egypt and how did you like it. If anyone has any feedback I’d be so appreciative to receive your comments and questions below.

Find things to do in Luxor 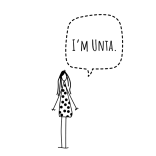